The term grain applies to plants of the Poaceae grass family and includes cereal grains and pseudocereals. All grains that belong to the Poaceae family are composed of the starchy endosperm, the germ and the outer bran layer ( HEALTHGRAIN Consortium 2013 ).

Pseudocereals such as buckwheat and quinoa have a similar macronutrient composition to cereals, and they are often included in the bread cereal group. They are of great significance for persons suffering from intolerance to gluten (e.g. coeliac disease), contained in most cereals, and at the same time they allow for a wider consumer choice ( HEALTHGRAIN Consortium 2013 ).

There is no legally endorsed definition of whole grain and whole grain products and foods at the European level. In European Union agricultural legislation, whole grains are referred as 'grains from which only the part of the end has been removed, irrespective of characteristics produced at each stage of milling ( EU Regulation 1308/2013 ) EU Regulation No 1308/2013 of the European Parliament and of the Council of 17 December 2013 establishing a common organisation of the markets in agricultural products and repealing Council Regulations (EEC) No 922/72, (EEC) No 234/79, (EC) No 1037/2001 and (EC) No 1234/2007 . The European Food Safety Authority ( EFSA 2010 ), in a whole-grain related health claim opinion, provides the definition of the American Association of Cereal Chemists (AACC), which states that whole grain 'consist of the intact, ground, cracked or flaked caryopsis, whose principal anatomical components - the starchy endosperm, germ and bran - are present in the same relative proportions as they exist in the intact caryopsis' ( AACC 2000 ). Table 1 provides an overview of the available definitions and the grains that are included in each of them.

Taking into consideration that whole grain products from all cereal grains have higher levels of dietary fibre and bioactive compounds than their refined equivalents, and in line with the suggestion that a whole grain definition should be suitable for both dietary recommendation and labelling purposes, the definitions of AACC and HEALTHGRAIN ( HEALTHGRAIN Consortium 2013 ) allow for both cereals and pseudocereals to be characterised as whole grain. Some examples of whole grains included in the aforementioned definitions are whole wheat, oatmeal, whole-grain cornmeal, brown rice, whole-grain barley, whole rye, and buckwheat ( AACC 2012b ).

Whole grains can be eaten in cooked form (after boiling) as a food on their own, for instance brown rice (wild, red, black), oatmeal, and corn (maize). However, in most cases, whole grains are further processed and thus deliver a variety of edible and safe products for human consumption (e.g. whole grain flour). This processing results in an alteration of the grain's physical form and may also affect the nutritional value of the grain.

A healthy diet helps to protect against malnutrition in all its forms, as well as a range of noncommunicable diseases (NCDs) and other conditions. However, increased production of processed foods, rapid urbanization and changing lifestyles have led to a shift in dietary patterns. People are now consuming more foods high in energy, fats, free sugars and salt/sodium, and many people do not eat enough fruit, vegetables and wholegrains.

Diet can depend on an individual’s food choices, but also the availability and affordability of healthy foods and sociocultural factors. Therefore, promoting a healthy food environment requires involvement across multiple sectors and stakeholders, including government, the public and the private sector.

Governments have a central role in creating a healthy food environment that enables people to easily adopt and maintain healthy dietary practices. Effective actions by policy-makers include:

The WHO Global Strategy on Diet, Physical Activity and Health was adopted in 2004 by the World Health Assembly. It called on governments, WHO, international partners, the private sector and civil society to take action at global, regional and local levels to support healthy diets and physical activity.

Check the WHO page and the resources here: Promoting healthy diets

The Commission has launched the HealthyLifestyle4All campaign to promote a healthy lifestyle for all, across generations and social groups, with the objective to improve the health and well-being of Europeans. Linking sport and active lifestyles with health, food and other policies, this two-year campaign involves civil society, non-governmental organisations, national, local and regional authorities and international bodies. All involved will implement several actions for Europeans to be more active and more mindful of their health.

The actions will support the three objectives of the HealthyLifestyle4All campaign:

All participating organizations can submit a commitment for concrete actions in the online Pledge Board. Several EU countries and organisations, such as the International and European Olympic Committees, the World Anti-Doping Agency (WADA), the International School Sport Federation, the Fédération Internationale de Football Association (FIFA), the Union of European Football Associations (UEFA), and the World Health Organization (WHO) already submitted their contribution, with many more to be expected.

To read more: The HealthyLifestyle4All Initiative Table seeks to facilitate informed discussions about how the food system can become sustainable, resilient, just, and ultimately “good”. We impartially set out the evidence, assumptions, and values that people bring to food system debates.

Scientific knowledge is necessary for understanding the issues and complexities around healthy and sustainable food. But science alone cannot tell us how to act or what a good and ethical food system is. Making decisions about the food system involves value judgements about what is important and these depend on people’s preferences and visions for the future.

Therefore, we aim to engage with a wide range of stakeholders and perspectives to bring out value-based reflections and to clarify the arguments, assumptions and evidence around issues of concern.

Read more about the podcast and listen to the Trailer episode with Tara Garnett, Episode 1 with Ken Giller on the Food Security Conundrum, and Episode 2: with Rob Bailey on Global Food Trade. 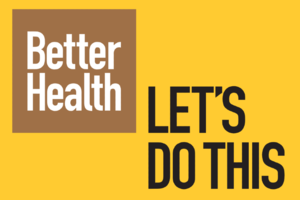 An England-wide survey of over 5,000 adults found that 80% of people aged over 18 have made the decision to change their lifestyle in 2021.

The survey showed 8 in 10 adults aged over 18 have decided to modify their lifestyle in 2021, with 7 in 10 adults saying that they are motivated to make healthier lifestyle changes due to coronavirus (COVID-19). 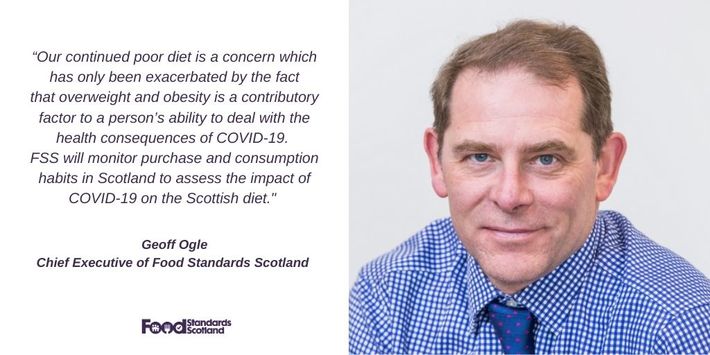 Food Standards Scotland’s updated Situation Report – The Scottish Diet: It Needs to Change 2020 highlights the ongoing challenge for people in Scotland to have a healthier diet, including new exploration of the out of home environment, such as food bought ‘on the go’, and from deliveries and takeaways.

It is important to note that this data was captured prior to the COVID-19 pandemic, and therefore provides a baseline for further investigation on its impact on diet in Scotland.

The report shows that:

In late July, following considerable interest and reporting on the relationship between obesity and COVID-19, the UK Government released a policy paper:

As a group of nutrition researchers, educators and clinicians, we recognise the complexity which spans diet, nutrition and health interfacing with diverse domains such as the social sciences, economics and politics on one hand as well as genetics and biomedical sciences on the other. We also recognise the complexities associated with obesity and weight loss. Therefore, we advocate for the appreciation and adoption of a wider, complete understanding of the science behind obesity and the strategies which are needed to address it.

In its' response to the UK Government policy paper on obesity, NNEdPro discussed four points of the proposed obesity strategy and provide recommendations for a more comprehensive and impactful response.