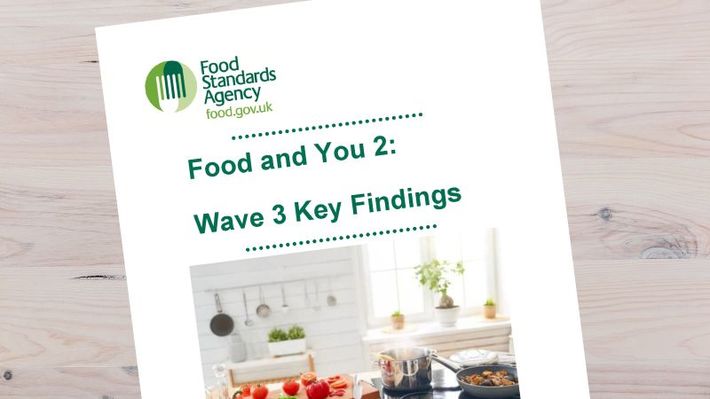 Food and You 2 is a biannual survey which measures self-reported consumer knowledge, attitudes and behaviours related to food safety and other food issues amongst adults in England, Wales, and Northern Ireland.

The survey is primarily carried out online using a methodology known as ‘push-to-web’.

Fieldwork was conducted between 28 April 2021 and 25 June 2021. A total of 6,271 adults from 4,338 households across England, Wales and Northern Ireland completed the survey.

Topics covered in the Food and You 2: Wave 3 Key Findings report include: